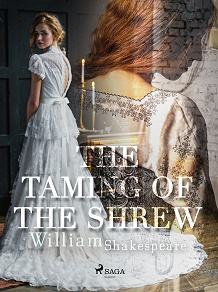 The Taming of the Shrew

by William Shakespeare
We all know what it’s like to be in love, but when love is placed within the context of anxieties, desires and beliefs, will it survive?

The sisters Bianca and Katherine might be as opposite as chalk and cheese, yet marriage finds its way into both their lives. Prompted by the notion of a love free of idealism, Petruchio is ready to marry Katherine with or without her will. Can she learn to love him? Or will marriage without love always be filled with terror and deception?

Although believed to be written in the late 1500s, this classic romance is still very relevant today. Whether you will perceive Katherina and Petruchio’s relationship as romantic and energetic or violent and oppressive, this play unmistakably offers us a perpetual take on the major theme: the battle of the sexes. But unlike most modern day romances emotional desires are put second in this play’s exploration of love, marriage and courtship.

If you saw and loved director Gil Junger’s '10 Things I Hate About You', this is the best-seller behind the film.

William Shakespeare (1564-1616) is widely considered the world's greatest dramatist and is often referred to as England's national poet or the Bard. Most famous for his timeless plays, he also wrote a multitude of poems and sonnets. Shakespeare was the blockbuster writer of his day, his many works concerning universal themes of life, love, death, revenge, grief, jealousy, murder, magic and mystery. Among some of his most famous are 'Macbeth', 'Romeo and Juliet', and 'Hamlet', but the list is long, and many continue to be studied and performed, both their original form and modern adaptations.