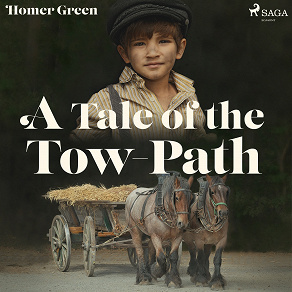 A Tale of the Tow-Path

by Homer Green
‘A Tale of the Tow-Path’ by American author Homer Greene, is a short story which follows the exploits of the young son of a farmer, Joe Gaston. Following a disagreement with his father Joe runs away from home, leaving his mother and sister heartbroken. Unbeknownst to him, a horse thief stole into the family stable and took a horse the same night Joe made his escape. Now suspected of stealing the horse too, will Joe and his family ever be able to reconcile?

Homer Greene (1853-1940) was an American author and lawyer from Pennsylvania. Greene began his literary career while still a student at college and wrote both stories and poetry. He wrote for the New York Evening Post, the Albany Evening Journal and the Albany Argus. Greene completed his well-known verse, ‘What My Lover Said’ whilst in his senior year at college. He went on to author a number of novels including ‘Burnham Breaker’, ‘Riverpark Rebellion’ and ‘Pickett’s Gap’. His most well-known story is ‘The Blind Brother: A Story of the Pennsylvania Coal Mines’.
Listen to sample
Log in to borrow