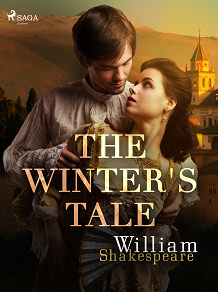 by William Shakespeare
Suspicious King Leontes of Sicily accuses his pregnant wife Hermione of having an affair with his best friend, Polixenes, the King of Bohemia. Enraged at the alleged betrayal, he orders Polixenes poisoned, Hermione imprisoned, and her newborn daughter banished, leaving him a broken man.

Sixteen years later, Perdita, the adopted daughter of a shepherd, falls in love with young Prince Florizel, much to the dismay of the boy’s father, Polixenes. He disapproves of the girl and her lowly status and orders his son to forget her. Instead, the young lovers escape in disguise and head for Sicily. There, the storylines of Leontes, Hermione, Polixenes, Perdita and Florizel finally come together.

William Shakespeare’s 'The Winter’s Tale' is filled with improbabilities, telling a story of obsession and redemption. Fans of 'Mamma Mia' will enjoy the humorous misunderstandings and mistaken identities that take the characters on a journey of self-discovery.


William Shakespeare (1564-1616) was an English playwright, poet and actor. Considered the greatest dramatist of all time, he is widely regarded as the most influential English language writer. Shakespeare’s plays focus on the range of human emotion and conflict, and have been translated into more than 100 languages. Many including "Hamlet" "Macbeth" and "Romeo and Juliet" have been adapted for stage and screen.