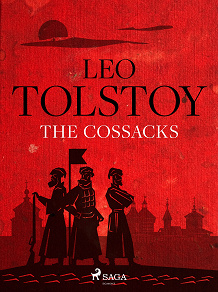 by Leo Tolstoy
Inspired by Tolstoy’s own experiences in the Caucasian War, ‘The Cossacks’ is a suspenseful tale of murder and misfortune as well as being a menas for the young author to clear his gambling debts. Tolstoy’s undying love for the Russian landscape and his incessant exploration of the meaning of life shine through in this novel and make it a must-read for fans of all Russian literature, culture and history.


Leo Tolstoy (1828-1910) was a Russian author. He was a prolific author of large literary works, but he also wrote many short stories, alongside the essays and plays written in his later life. Deemed the master of realistic fiction, his novel ‘Anna Karenina’ (1875-77) is considered by many to be the greatest novel of all time. Some of his other notable works include ‘War and Peace' (1865-69), ‘The Kingdom of God is Within You’ (1894), and his final novel ‘Resurrection’ (1899). His frank examinations of the world around him are unmissable for fans of Fyodor Dostoyevsky, Anton Chekhov, and Virginia Woolf, who was openly inspired by Tolstoy’s ideas about social class.